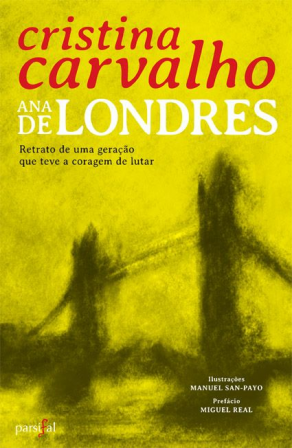 In the 1960s, Portugal is anguished to see its young people go to war. Isolated, it is a sad and backward country that contrasts with the explosion of life in Europe.

The eighteen-year-old Ana can’t fulfill her dreams in such an environment. Against the will of her parents, who were pushing her to a future she didn’t want, and confident in love, she goes to London. In the English capital, she plans a new life, independent and free with the person she loves the most, João Filipe, who left Portugal to avoid the Colonial War draft. But is Ana ready to face so many and such intense changes?

This book shows not only an impressionist portrait of an era that left deep individual and collective marks in the Portuguese society, but also the portrait of a generation that wasn’t afraid to live.