> Our Books>Fiction>Fantasy for two Colonels and a pool 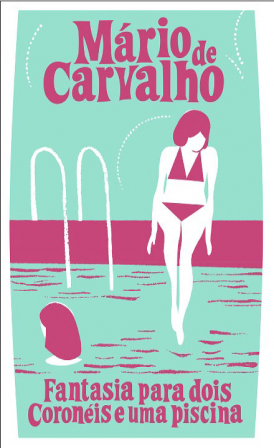 Fantasy for two Colonels and a pool
Mário de Carvalho

Two colonels discuss the westerner European country at the edge of a pool, and where no topic is out of borders they bring up their participation in the colonial wars and how they fought for a grand Portugal that now, in the XXI century, seems doomed to its ridiculous provincialism. As they speak, a series of characters will show up to prove the absurdity and little lives of these Portuguese people: the misogynous uncle who gives wise advice to his nephew; the lead popular singer Soraia Marina who's fundamental to the country's designs; or the football supporters group who moves around Portugal as a quadruped organism.