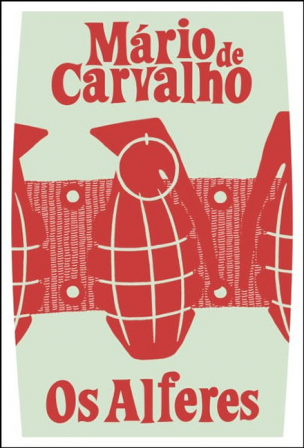 Thousands of young Portuguese soldiers were forced to go into the theatre of war in old African and Asian colonies. This men-child are portrayed in this book in a crude but ironic way, showing their dilemmas and hopes while considering the absurdity of actively participating in a bloodshed. In a vicious Angola or a mythical East Timor, seductive betrayals and death plots are planned, while the deeds and sufferings of the Portuguese superiority complex of an empire saga resonates in every bullet. This are three stories where a string of bitter humour is present in each event, even in the most violent or dim.