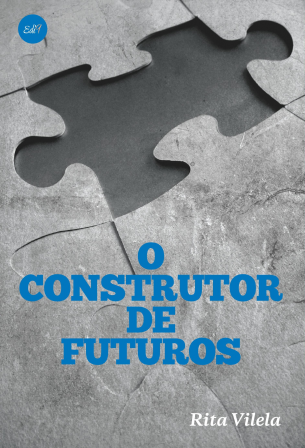 The Builder of Futures
Rita Vilela

Winner of the 5th Agostinho Cultura Award (Brazil), in the Neoleitor (new reader) category in 2016.

What if a fiction book could inspire solidarity in those who read it?

A book about a man who dedicates his life to building the future of those who cross his path...

Carlos had always been good at imagining characters, scenarios and plots, recreating in his mind the life stories of people
around him.
What began as a routine job in an Employment Centre turns out to be a fascinating activity. Carlos discovers a way of applying his creative potential.
From nine to five, people sit in front of him and share their story. He selects the most promising profiles and, before people are aware of it, the change in their lives is already underway… The direction is always surprising.
Among the few ones who know what he really does, he is known as ‘The Builder of Futures’.
The characters are common people easy to identify as one of us. The narrative is developed around several cases helped by the builder and his group of friends. A little mystery, action and humour.. in a creative and unauthorized way by the interested parts.
The results challenge the reader, creating the desire to follow Carlos' footsteps and make a difference in one's life as well.
Winner of the 5th Agostinho Culture Award (Brazil), in the Neoleitor (new reader) category in 2016.

3 other books in the same category: