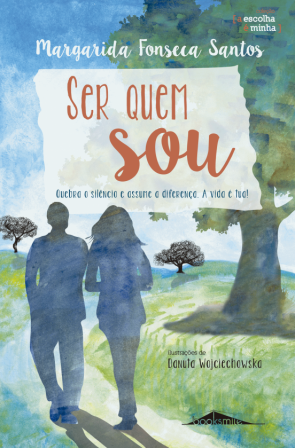 Being who I am
Margarida Fonseca Santos

Those vacations, when all the cousins were going to be together - Matilde, João Pedro, Jorge, and Vicente -, promised to be fun and fantastic. Suddenly, an argument surrounds Matilde and her parents, who want to force her to choose a high school course that she is not interested in. And she isn’t the only cousin with problems to unveil and resolve. João Pedro is also afraid of his parents’ reaction when he reveals his sexual orientation.

Even so, those will be the best vacations ever because, in between arguing, sharing, and complicity, each one has the courage to be who they are and show openness to accept other people’s differences.

30 other books in the same category: