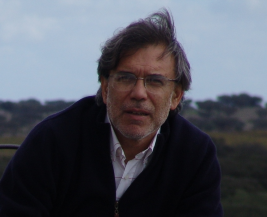 A scholar and communicator of Sexualities and Sex themes.

Júlio Machado Vaz (1949, Porto), a psychiatrist and recognized scholar from the sexology field, is a well known Portuguese author of a dozen sexual education books. He became particularly famous for his participation and public debates on the radio, television and the newspapers, where he defends an understanding of sex as a “privileged vehicle of communication” while opposing the common belief that looks at it as a mere “physiology necessity”. He is currently one of the co-directors of the masters degree in Sexology of the Lusófona University in Lisbon.

Júlio Machado Vaz's intense activity as a doctor and sexuality communicator has been recognized with the Rainbow Prize of the ILGA Portugal Association, which awards good practices in fighting discrimination and homophobia.

In parallel to sexuality, the author coordinates initiatives of social integration and citizenship, namely: as part of the Teaching Commission of the Portuguese Society of Clinical Sexology, as member of the Commission for the Fight against Drug Abuse, as the Clinical Director of the Therapeutic Community for Recovering Drug Dependants, and as the President of the Welcoming and Nourishing Association for Citizenship.

He has been coordinating for several years the radio programme Love is…, still airing in the Portuguese public radio Antena 1.