Hélia Correia There are 7 books of this author 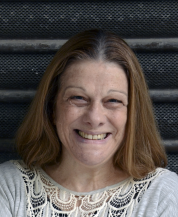 A global literary sensibility. With acute historical and cultural awareness. Carries the ancient Greece tradition with her.

Hélia Correia (1949, Lisboa), a graduate in Romanic Philology, is the 2015 winner of the most important prize of the Portuguese language literature, the Camões Prize. Correia is considered a reference of the modern Portuguese fiction, and is one of today's most prominent national writers.

Correia adopts a socially committed approach in her works, usually showing great historical awareness of past world conflicts and of intricate political and cultural tensions where the poor, the refugees, and the oppressed are the main characters of her stories.

In Correia's playwriting works, her love for ancient Greece stands out as a major influence. Hélia Correia has also written poetry, children literature, and was the translator of Shakespeare, Adelaide Garcia Morales and Juan Carlos Onetti.

She was awarded several times for her books, having won the Pen Clube Prize (2001), the Máxima Prize of Literature (2006), the Virgílio Ferreira Prize for her lifework (2013), The Correntes d'Escritas / Casino da Povoa Prize (2013), the Grand Prize Camilo Castelo Branco (2015), amongst others.