Álvaro Magalhães There are 19 books of this author 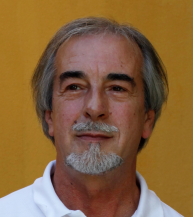 Fun & daring. For angry kids, creative kids, and everyone else who thinks no one can possibly understand their souls.

Álvaro Magalhães (1951, Porto) is particularly well known in Portugal for the youth book series The Jay Triangle, which has reached a million readers and been adapted for the Portuguese public television RTP in 2012. With a 30 years career and almost 80 books written, the author has been getting increasing international attention and is already published in Spain, France, Brazil and South Korea.

Able of a great flexibility in his writing, which in some youth books results in a fast paced and action-centred story telling and in some children books it's the poetic sensibility that predominates, Álvaro Magalhães got recognized in 2002 by the Hans Christian Anderson Prize of the International Board on Books for Young People (IBBY) while entering their Honour List. In Portugal, the author was awarded with several literary prizes by the Portuguese Writers Association, the Cultural Ministry and, more recently, by the Calouste Gulbenkian Foundation, having been the recipient of the Grand Prize for Children and Youth Literature.

His books are authentic works of language, where the playfulness of words, concepts and sounds are always part of a thrilling narrative that catches young readers senses. Álvaro Magalhães has books in the short-story, poetry, narrative stories and theatre plays genres.